I was watching a Jazz documentary. Ornette Coleman, 82 on March 9, was being interviewed. They asked him about musical chronologies and the development of Jazz. Coleman – peeking quizzically from beneath his porkpie hat – paused for a moment before answering, “I don’t really care about the past, or the present, or the future …” he said, “that’s not what I want to major in – I want to major in eternity.”

The critic David Was called Coleman ‘the Samuel Beckett of Jazz’. I’m not sure what he meant, he is an acquired taste perhaps, and certainly laconic – “Is life a sound?” he asked once. When he was younger he didn’t recognise a difference between learning and playing. You just did it. He thought himself how to play, “It was when I found out I could make mistakes that I knew I was on to something.”

Frankie, a much younger genius, is one year old today.

This online notebook reflects my experience in the studio. The studio building is quite a forceful structure, like a sculpture almost, with an interior of rather brutal charm. Here the term ‘studio’ refers, in addition to the physical space, to a conceptual framework for a range of ideas and practices. I am interested in making new things and equally in an engagement with things that already exist. 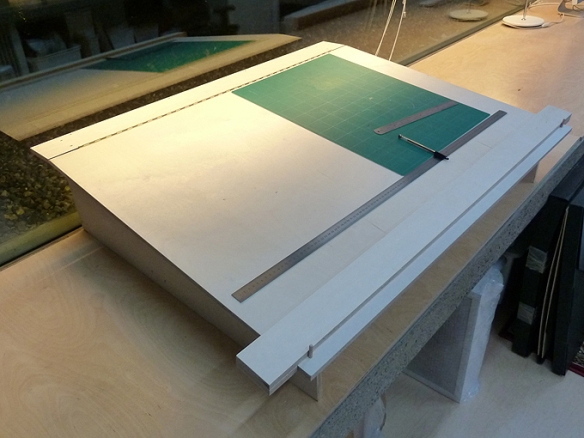 At the beginning of the year I was etching (returning to this medium after a long time) and making drawings. This felt like it was going somewhere until a back injury prevented me from working. Despite this setback two useful and very practical things have happened. I’ve had a drawing desk made in birch plywood. The simple design has a sloped drawing surface and is hinged at the top – like an old school desk – allowing access to tools and materials underneath. The concrete walls of the studio are not ideally suited to viewing work so I’ve erected a wall of softboard, three 8 x 4 sheets, and painted them white. 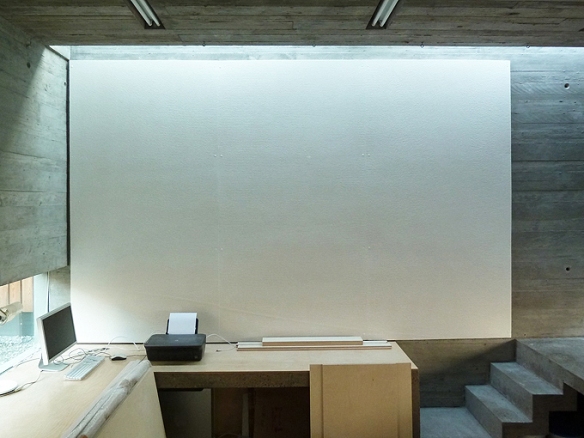 Formwork Studio
A physical location and conceptual framework for a range of ideas and practices.

Notebook
A chronicle of thoughts and images 'Phase' 2012